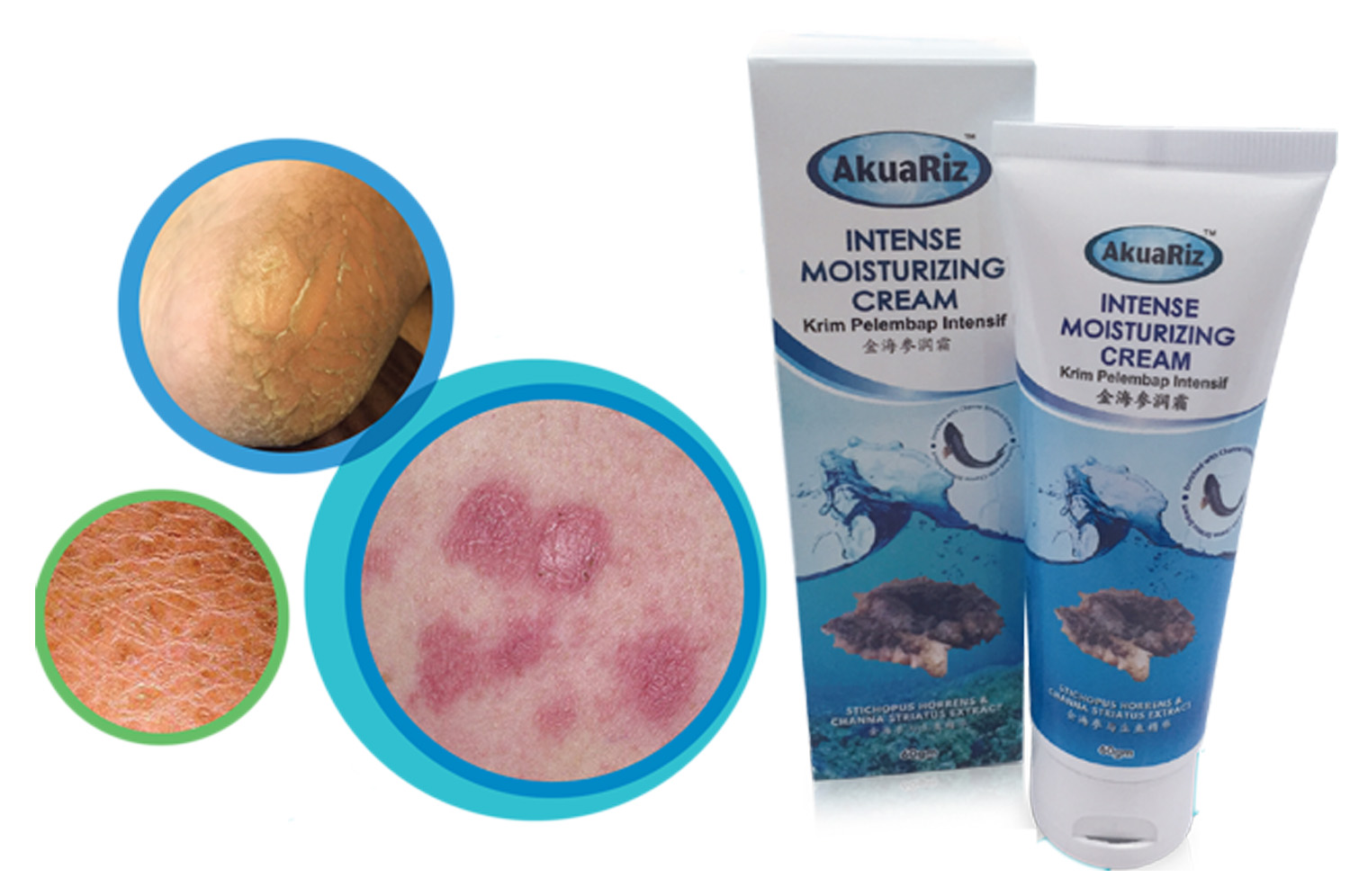 Extensive studies were carried out spanning over 3 decades of in-depth research on gamat & ikan haruan extract by none other than Professor Dato' Dr. Ridzwan Hashim & Professor Abdul Manan Mat Jais respectively, has resulted in the commercialization of this unique multi-purpose cream which works very well for dry & sensitive skin, and for treating various skin conditions.

AkuaRiz® Intense Moisturizing Cream for problem skin The snakehead fish extract found in AkuaRiz® is the result of the pioneering work of Professor Abdul Manan Mat Jais who had spent 3 decades in research & development to uncover the health benefitting properties of this remarkable medicinal ingredient.

Research studies carried out by Professor Abdul Manan Mat Jais & his team have shown that the snakehead fish extract is actually good for treating various skin conditions, in particular on eczema & psoriasis. Until now, there is no cure for eczema, and the root cause of this skin condition remains unknown, it is prevalent especially among children and the adolescent age group is on the increase. It is estimated that 3% of total population in every country globally is suffering atopic eczema.

The combination also imparts good moisturizing effect due to the richness of its free fatty acids content thus making the cream suitable for use on dry & sensitive skin, in particular for chapped hands, cracked heel & bed sore.

SM Teh, 28, Special needs facilitator
Off and on, I will develop skin rash and eczema - especially when things at work gets really stressful . Normally I will go to the clinic and doctor will prescribe either a course of anti-histamine and topical cream which will last for 5-7 days.
Each time I develop the rash, sometimes it lasts for weeks and sometimes months - my face and body especially my arms and legs will itch most of the time, and my skin will start flaking whenever I am outdoors or in the sun .
I was out one day for quick lunch with a friend and ran out of the doctor's cream and started to scratch, my close friend then took out her tube of AkuaRiz® Intense Moisturising Cream and passed to me to apply. I was sceptical at first - but then the itch was unbearable, and the sandwich had just arrived ! So I had no choice but to try the cream, amazingly I was then able to sit through the lunch without further scratching , maybe because the cream greatly reduced the dryness which is causing the redness and itching .
I have been applying the AkuaRiz® Intense Moisturising Cream on daily basis for the last 6 days, and I am now beginning to notice some improvement i.e minimal itching, reduced redness where I scratched previously - my day is no longer plagued by itching and skin flaking & I hardly scratch anymore . I am happy with the results and will continue to use this cream to allow me a better daily routine.

Gan, 30, Real estate professional
I have been suffering from psoriasis since the age of 10 after a blood transfusion during operation - I have tried everything, from clinic GPs to specialists, Western to Malay and Chinese alternative medicine without much success . Last diagnosis is that whatever skin issues I have is auto-immune related - so, there is not much which can be done.
I started using the AkuaRiz® Intense Moisturizing Cream a few weeks ago as a daily moisturiser just to alleviate the red patches & soreness which will make me itch and scratch all the time. I find that this cream moisturises the skin, without making it too oily - since my condition is all over my body, some previous creams I used made me feel hot and oily all the time. I find that the cream absorbs very fast into the skin, and provides quick relief which helps when I am moving around, especially when I am with customers. My hobby is running - so whenever I run, I am sometimes exposed to intense heat & lots of sweat but I am happy that I found this cream which I can apply before I start my run , and it helps me run uninterrupted for a few hours with minimal itching , even after I sweat . 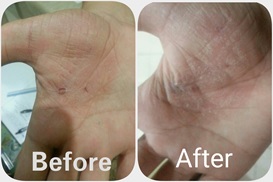